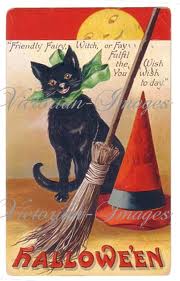 Halloween is celebrated by millions of people as a fun time for kids, putting on costumes, and going door-to-door to get candy. However it is also known as a time of witches, ghouls, goblins, and ghosts. On one hand, some see Halloween as a safe time of fun and on the other, a frightening and demonically inspired night to be avoided.
Halloween is not just a time for cornstalks, pumpkins, apples and cute and not-so-cute costumes. There is much, much more. Before deciding to celebrate or not celebrate any holiday, it is important to understand the history of that holiday.
Halloween's Origins
The word Halloween is derived from the term "All Hallows Eve" which occurred on Oct. 31, the end of summer in Northwestern Europe. "All Saints Day or All Hallows Day" was the next Day, Nov. 1st. Therefore, Halloween is the eve of All Saints Day.
It seems that, the origins of Halloween can be traced back to ancient Ireland and Scotland around the time of Christ. On Oct. 31st, the Celts celebrated the end of summer. This was important because it was when animal herders would move their animals into barns and pens and prepare to ride out the winter. This was also the time of the crop harvests. This annual change of season and lifestyle was marked by a festival called Samhain -- pronounced 'sow-ane' and means 'end of summer.' Sow rhymes with cow.
There was much superstition connected with this time of change including the belief in fairies, and that the spirits of the dead wandered around looking for bodies to inhabit. Since the living did not want to be possessed by spirits, they dressed up in costumes and paraded around the streets making loud noises to confuse and scare the spirits away. In addition, the new year began for the Celts on Nov. 1. So, the day of Samhain was believed to be a day that was in neither the year past or the year to come.  Since it was in between, chaos ruled on that day. Often, people would pull practical jokes on others as a result.
Later, around the 5th century, as the Catholic Church developed and moved into the area, instead of adding a new day to celebrate, it took over the Samhain celebration. Nov. 1st became "All Hallows Eve" where all the saints of the Catholic church were honored. A later custom developed where people would go door-to-door on Nov. 2, requesting small cakes in exchange for the promise of saying prayers for some of the dead relatives of each house. This arose out of the religious belief that the dead were in a state of limbo before they went to heaven or hell and that the prayers of the living could influence the outcome. This may have been the precursor to Trick-or-Treat.
The Jack-O-Lantern apparently comes from Irish folklore about a nicknamed "Stingy Jack." According to the story, Stingy Jack invited the Devil to have a drink with him. True to his name, Stingy Jack didn't want to pay for his drink, so he convinced the Devil to turn himself into a coin that Jack could use to buy their drinks. Once the Devil did so, Jack decided to keep the money and put it into his pocket next to a silver cross, which prevented the Devil from changing back into his original form. Jack eventually freed the Devil, under the condition that he would not bother Jack for one year and that, should Jack die, he would not claim his soul. The next year, Jack again tricked the Devil into climbing into a tree to pick a piece of fruit. While he was up in the tree, Jack carved a sign of the cross into the tree's bark so that the Devil could not come down until the Devil promised Jack not to bother him for ten more years.