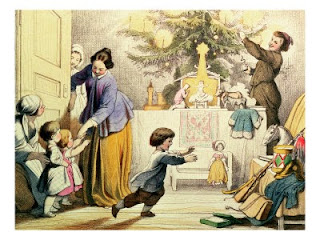 Christmas is not only beautiful, but it can be very meaningful if you think on the meaning of what certain things we use to decorate at Christmas. .I have compiled a list of things I thought might be interesting.
CHRISTMAS COLORS
Red: Christ's blood shed for our sin. (John 19:34)
Green: We have eternal life in Christ. (John 3:16-17)
White: The purity of Christ. (2 Corinthians 5:21)
Gold :The Kingship and Royalty of Christ (Isaiah 9:6-7)
CANDLES
Candles symbolize that Christ is the light of the world, and when we see this great light we are reminded of He who displaces the darkness. 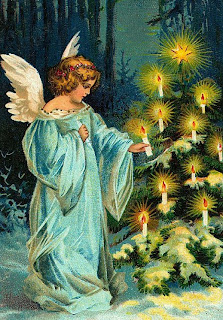 CHRISTMAS STAR
God promised a Savior for the world, and the star was the sign of fulfillment of that promise.
The Christmas star announced the birth of Christ. Many songs were written about it. The star appeared on many of the first Christmas cards in the 1840s. Stars were placed on the tops of Christmas Trees.
(Matthew 2:10)
HOLLY
The holly plant represents immortality. Holly trees can be found around the world. It remains green during the winter so it is used for decorating. The holly wreath resembles the crown of thorns placed upon Christ's head. . The red holly berries represent blood shed by Him.
CANDY CANE
Made by a Christian confectioner as a reminder of the Shepherd’s staff. The crook on the shepherd's staff helps bring back strayed sheep from the flock. They were red and white - red for the blood shed by Jesus Christ, white for His purity. The candy cane is the symbol that we are our brother's keeper.
ANGELS
The angels that heralded in the glorious news of the Savior's birth. The angels sang 'Glory to God in the highest, on earth, peace and good will. They proclaim the birth of our Savior.
(Luke 2:10)
THE WISE MEN or MAGI
C.M.B. are the initials of the three Wise Men named Caspar, Melchior, and Balthazar. It is a custom in Poland, Czechoslovakia and Sweden for three boys to visit homes on the Epiphany. The initials C.M.B. are written over the doors of the homes and three crosses are drawn, also. This will bring good fortune in the new year to the people who live there.
In the New Testament St.Matthew mentions the Three Wise Men or Magi who followed the star to Bethlehem. The oldest, Mechoir (King of Arabia) had a long gray beard. He gave gold as a gift for Christ. Balthazar (King of Ethiopia) was also bearded. He brought the gift of frankincense. Caspar (King of Tarsus) who was the youngest brought the gift of myrrh. It is said that after the Magi returned home they gave their belongings to the poor and went out to spread the Good News. They died as martyrs‘.
MANGER SCENE or NATIVITY SCENE
St. Francis of Assisi made the first manger scene on Christmas Eve in 1224 outside his church in Italy . He used real people and animals to recreate the scene. This idea soon spread. Some countries use wood carvings for the manger scene. Families in France set the creche on the fireplace or on a table. The child Jesus is not added to the manger until Christmas Eve. The Wise Men are added on January 6th, the day of the Epiphany (also called the Festival of the Kings)
GIFTS

God so loved the world that He gave His only begotten Son. Thanks be to God for His unspeakable gift.
The day of gift-giving varies in different countries .... Dec.6th (St.Nicholas day) ; Dec. 24th ; Dec. 25th ; Dec. 26th (Boxing day) ; January 6th (Epiphany, Feast of the Wise Men, or the three Kings).
The giver of the gifts is also varies in different countries. It could be the Christ Child, Kriss Kringle, Santa Claus, Father Christmas, Befana in (Italy), Babushka (Russia), the Magi or St. Nicholas. "Nisse" are Scandinavian elves who hide presents for children. Jultomten , a gnome brings gifts to children in Sweden.

The wise men bowed before the holy babe and presented Him with gold, frankincense, and myrrh. We should give gifts in the same spirit as the wise men.
CHRISTMAS TREE
The pure green color of the stately fir tree remains green all year round, depicting the everlasting hope of the mankind. All the needles point heavenward, making it a symbol of man's thoughts turning toward heaven.
Evergreen trees and tree branches have been used for decorating homes for Christmas. The decorated tree originated in Germany in the 16th century, where a fir tree was decorated with apples and candles. Prince Albert brought the custom to England. The idea of decorating a Christmas tree spread to America
It was common for the Germanic people to decorate fir trees, both inside and out, with roses, apples, and colored paper. It is believed that Martin Luther, the Protestant reformer, was the first to light a Christmas tree with candles. While coming home one dark winter's night near Christmas, he was struck with the beauty of the starlight shining through the branches of a small fir tree outside his home. He duplicated the starlight by using candles attached to the branches of his indoor Christmas tree. The Christmas tree was not widely used in Britain until the 19th century. It was brought to America by the Pennsylvania Germans in the 1820's 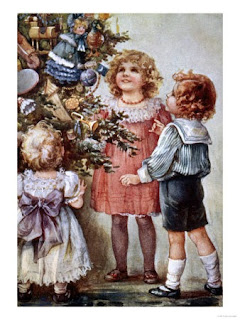 ORNAMENTS
The first Christmas trees were decorated with real fruit and flowers. Cookies, nuts , candies and other kinds of food were added later on. Lighted candles were also used but there was the danger of fires when the candles were lit. Tiny gifts were also hung on the trees for ornaments. In Germany glass blowers began making glass balls to decorate the trees.
CHRISTMAS LIGHTS
In the early seventeenth century, Germans began bringing trees indoors at Christmas and decorating them with candles. It was the German Prince Albert who popularized the Christmas tree in Britain after putting one up at Windsor Castle in 1840. Over the next 20 years, candlelit trees became popular, the lights symbolizing rebirth.

In 1882 the first electrically lit Christmas tree was set up in the New York home of a friend of the inventor Thomas Edison; it had 80 bulbs and cost a small fortune. Even when strings of lights were produced commercially in 1903, they cost an average American's weekly wage The appeal of the Christmas light is often likened to the starts in the sky, or the glisten of freshly fallen snow in the moonlight. Early Christmas lights were not quite as safe as today's light strings. Candles were used in trees inside the home, and lit in windows. Hot flames and live trees were not the safest mix, but the temptation to add lights to Christmas decorating was too strong to curb. Many factors have contributed to the widespread use of Christmas lights, including lighting contests promoted by manufacturers, war propaganda using holidays as an opportunity to bond the nation, and local celebrations across the country to try and start traditions of hope and peace. Light strings are now found in all shapes, sizes, and colors, as well as in cool-to-the-touch LEDs.

CHRISTMAS MISTLETOE
Mistletoe is an aerial parasite plant that has no roots of its own and lives off the tree it attaches itself to. Without the tree it would die.
The eighteenth-century English credited mistletoe not with miraculous healing powers, but with a certain magical appeal called a kissing ball. At Christmas time a young woman standing under a ball of mistletoe, brightly trimmed with evergreens, ribbons, and ornaments, cannot refuse to be kissed. Such a kiss could mean deep romance or lasting friendship and goodwill. If the woman remains unkissed, she cannot expect to marry the following year. Whether we believe it or not, it is always fun at Christmas celebrations.
GINGERBREAD
Making gingerbread cookies and gingerbread houses is a popular activity during the Christmas season. Gingerbread cookies were used to decorate the tree in the early days. It is called gingerbread because of the "ginger" spice that is used in making the cookies. Gingerbread houses were first made in Germany. The gingerbread house was popular after the fairy tale of Hansel and Gretel became well-known.
POINSETTIA
Poinsettias are native to Mexico. They were named after America's first ambassador to Mexico, Joel Poinsett. He brought the plants to America in 1828. The Mexicans in the eighteenth century thought the plants were symbolic of the Star of Bethlehem. Thus the Poinsettia became associated with the Christmas season. The actual flower of the poinsettia is small and yellow. But surrounding the flower are large, bright red leaves, often mistaken for petals.
A legend in Mexico tells of a small boy who had nothing to offer the Christ Child on his birthday. As he prayed at the altar of a church, his prayers were answered and the "Flower of the Holy Night" sprang up before him. The bright red petals of the poinsettia are actually leaves. It originates in Mexico It was brought to the United States in the 1800s by a man named Dr. Poinsett and was named after him.
BELL
The bell symbolizes guidance and return, and that as the lost sheep are found by the sound of a bell, it should bring people to the fold.
Posted by Mary-Ann at 8:53 AM